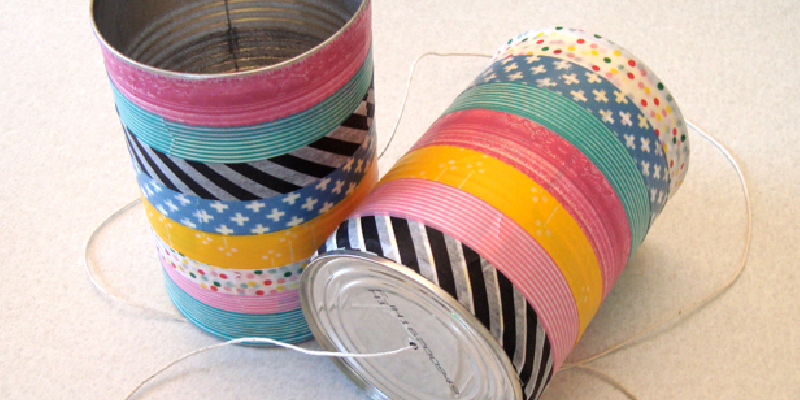 We all have felt that frustration when Mom won’t listen to our side of the story. What about when you are screaming “excuse me” at a concert, no one can hear you. More frustrating, is when no sooner you finally get your chance to speak and someone cuts you off. We feel upset when we are dismissed or angry when we are banned from speaking altogether. Most tragically, our voices can be felt as threats that need to be forcefully extinguished. With so much free speech getting muzzled, it is not a far stretch then to see how it is that, the history of America, is riddled with holes that should be filled with the missing stories of groups left out. So, as we are living our own personal histories each day, we need to be sure to tune in to the voices within our society that are literally screaming out to be heard. They are calling for equality in our community, for social justice, before they are lost in time too. It’s really that simple.

The work of historic preservationists must then include all voices in society and be mindful of their personal preferences, biases and prejudices as they work. Preservationists should take a “look back” to update our history in order to fill those holes. I feel this to be a mending and not an effort at revising or rewriting. Our goal should be to “use our current understanding of history to guide our paths forward to truth forming a new shared history.” (“Civic” Cauvin, 244).

This week’s material gave us so many incredible ways to feel the effects of and to reconsider our country’s history that brought vivid images to mind. Henry’s Cisneros quoting of Dolores Hayden’s expression of dire concern that, time spent fighting over which heritage to save, is a dangerous waste of time resulting in our youth taking their own lives, makes my point well. (“Everybody” Cisneros) So, suffice it to say that social injustice negatively impacts all of us. Here are just a few of the numerous art installations I feel represent well how artists advocated for those crying for social justice that you may also be familiar with.

Now think back to how quickly Covid taught us that despite how much we thought we knew our home towns, it didn’t take long for us to realize how important all people in our community actually mean to us personally. As we are slowly leaving covid behind us, we may still not know the details of our local store cashiers, we can say that we are sincerely hoping “the best” for them as we do for ourselves. Recognizing the needs of others is a form of empathy that comes only from having developed personal connections with each other. Empathy is an example of something we learned, through this week’s materials, that further builds on our earlier understanding of the concept of community. Very generally, we know that success in cities depends on communities and vice versa. But, how does social justice relate to this equation? For this essay, I found many examples of intercity communities succeeding by helping themselves. Sometimes, these communities even resided within the older neighborhoods of the larger city.

My favorite find was that of Wole Oyenuga. He is a developer who was wise enough to choose the Historic District of Adair, GA for his next project. It is a good example of how a historic place can respond to social justice for many reasons. Such as, his reasoning for selecting Adair, the manner in which he went about updating homes and most of all, how he both valued and preserved the existing community. Wole is an incremental developer, who builds wealth back into communities he develops. He defines his finished product as being the “missing middle“ because it adds density to cities but for neither the very rich or very poor as do luxury condos or say low rent apartments. Specifically, in Adair Park (Links to an external site.), he carefully rehabilitated homes for current and new residents. In fact, he and his family are now members of the community too that he describes as an “urban oasis.” Wole targets areas where his projects can check off all the boxes we know are essential in making them attractive/viable/successful. Such as; close to the city center with access to transit, parks, walkable, and diversity seen in multiple ways. Despite knowing his properties tend to go up in value, he is committed to keeping current residents in place. He says, “as we move forward, we move forward together.” “They make up part of the fabric of the community.” He relies on population diversity for community success as “diversity allows people togain relationships with people from different backgrounds.” A local business owner, Becky O’Mara shared, “there is a richness in knowing people that are different from you” Lastly as one resident best expressed, “neighbors treat neighbors like neighbors. Not like people who are different.” (Lawrence Miller) Wole confirms this when he said that “neighborhoods and communities are not the same thing.” This community knows what we know, that people need people for a community to sustain. It’s really that simple.

Adair Park is an example of how a developer, working in preservation, responds to the middle class who call out for social justice, needing support and protection from displacement via gentrification. We also learned this week that we should avoid “exhibiting” voices in solitude. Instead we should aim to fold all voices in together. And that new efforts in preservation for social justice might end up taking forms that we have never seen before. I found one last example that I feel makes an important final point. As we are restoring lost or new stories, we learned that historic preservation does not need to result in; an “X” on the map, a plaque, a ruin, a building, or even as a historic district.

Check out Gullah Geechee, SC! (Links to an external site.) I thought of this community as soon as I read Michael R. Allen’s statement, “Restoring significant shared meanings for many neglected urban spaces first involves claiming the entire urban cultural landscape as an important part to American history, not just the architectural monuments” (What Historic, Allen) Gullah Geechee is a 12,000 sq/mile corridor of preserved culture of the Gullah Geechee people that is still in process.