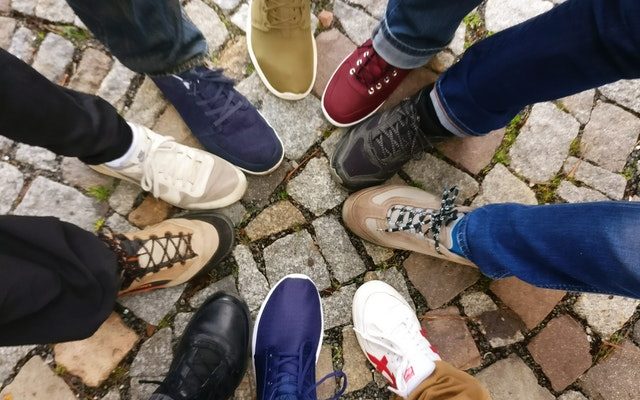 Some consider the history of historic preservation problematic. This may be because the resulting historic narratives of their efforts are often considered today as inaccurate, off balance, and exclusive. Before judging the work of early preservationists though, we should remember a few things that can help to explain them.

They were working in a specific time, and in a specific society that held a unique view on its position in history. Think of it this way, they were taking in consideration where they came from, and where they were headed. But more importantly, they were considering themselves at that very moment. Essentially, as described by James Lindgren in his article titled, “A spirit that fires the imagination,” (Lindgren, “A Spirit”) they were working in an “ever changing ‘Culture of Politics.’” We can also think of their Culture of Politics as simply the “Context” by which they were working. (Wulf, “How”)

So I feel, instead of immediately passing judgement on earlier preservation efforts as poor, we can take the following approach. First set out the “Scales” for each of the opposing forces as well as the “Filters” or lenses of history. Then consider the context in which the filters and scales were used in, to better capture an understanding of a historic preservation effort. This way when looking back, it is easier to appreciate what was given to us to study today.

We should also remember that their efforts were a “work in progress.” These considerations collectively shaped the direction, and focus of their efforts. It determined how they garnered support, and by whom and steered them toward success or failure.

For example, let’s look at gender bias. After studying the history of preservation surrounding Mount Vernon, I can relate to how women would be a needed ingredient to save it. Although they essentially held power over all things domestic, they had limited or little access to the power structures of the day outside of the home. Therefore, given gender biases as they were, who better than the women of society to value such an asset than homemakers! But, also due to gender bias, those same women had to rely on a man by the name of Edward Everett, to broadcast their message to society as only men could. The gender bias they lived in was a part of the current culture of politics that was in play both for and against the success of Mount Vernon’s preservation.

Maybe this same gender bias can be used to explain why the Nazis, during their occupation of France, foolishly trusted Rose Valland, a woman, as they stole hundreds of thousands of the world’s famous artworks in Europe? (Smithsonian, “This woman”) They, at that time I will go so far as to assume, believed women to be weak, obedient, and harmless. They never suspected she would be capable of defying them. Particularly for the sake of artworks. I suggest that they neglected to realize her “feminine ability to create and foster a personal bond with material things.” James Lindgren characterizes this capacity in women as “a Philosophy of Personalism” that also can include objects outside of one’s own home. (Lindgren, “A Spirit”) It is a fascinating story of how the “Scale” of gender bias, placed in a greater context, helps one story of preservation be that of historic success.

Another interesting example, shows us more how “Filters” vs “Scales” affect preservation. Take the case of the family home of Paul Revere that was valued by Architects and Antiquarians of the time for it being one of the last standing examples of 17th century construction in Boston. It also was being consumed by its surroundings in what was once an area of the elite, was now a neighborhood of mostly immigrants. Immigration was blamed for changes in the area possibly over and above the overall state of the economy,  and effects of industrialization. Considering the home’s history, conservative approaches were applied in order to garner support. Such as; a need to protect ancestral lines/the family home over those of newcomers. The honoring of pilgrim perseverance, and the call for Patriotism. Most importantly, for the messaging to be successful, they made sure to filter out the fact that Paul Revere’s family were actually immigrants themselves! A justification was created whereby his family was described as being good and proper examples of successful “Americanization.” In contrast to the current residents of the neighborhood the home was a member of, the Revere’s were considered “civic-minded artisans, humble and where they adopted Anglo-Saxon habits.” (Lindgren, “A Spirit”)

Thankfully, there are many projects in the works today that are taking a look backwards. They are in essence capturing portions of stories that got trapped in the filters of bias and worse, racism. Of interest to me was a project discussed last week is that of Jobe Hill (Drueding, “Q&A”) whose work is documenting the dwellings built for enslaved people. This I hope restores some of what was left out in the earlier narratives and restores them to a more complete version that can provide for additional study and better understanding.

With the history of historic preservation forever progressing, it is important that preservationists take their contribution responsibilities very seriously. Whether the effort is funded and managed by private citizens or through government involvement, it is necessary to understand where all of the stakeholders stand. That is to say, always be mindful of the “Filters” & “Scales” that can serve to exclude or are pushable to benefit a majority.

Because the choice for a democracy was so important to early Americans, we in society have a duty to speak for the minority among us, today. If we succeed in doing so, let’s hope the future won’t judge us too harshly. And instead, thank us for historical narratives that are accurate, balanced, and inclusive.

Considering our culture of politics and the current context in which we are living today, What will Americans in the future say about us and our preservation choices?

Hopefully, our old shoes will still fit them, so they can stand in them long enough, for them to see things as we do now.